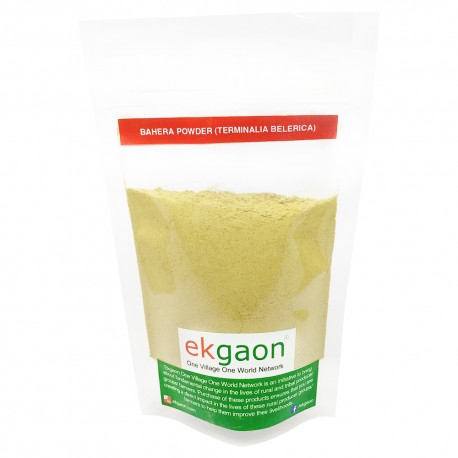 Brief Description:
The plant Terminalia Bellerica called as 'Thanni'  Thanni is one among the most popular and widely used ayurveda medicinal mix colloquially called as Thribhala (Three fruits). Terminalia bellirica seeds have an oil content of 40%, whose fatty-acidmethyl ester. Terminalia bellerica is rich in protein (40 percent) and oils (35 percent), and is particularly high in the omega 3 essential fatty acid, linoleic acid. So this powder good for health.
General Uses:
For thousands of years Indians and Asians alike have used Terminalia Belerica for its tonic effects.
Terminalia Belerica is a large decidious tree that is widely known for its unique laxative and astringent qualities, so that as it purges the bowels it also tones the tissues of the digestive tract.
It is an ingredient in Triphala and has rejuvenating, cardio-protective, antacid, antioxidant, and antibacterial properties.