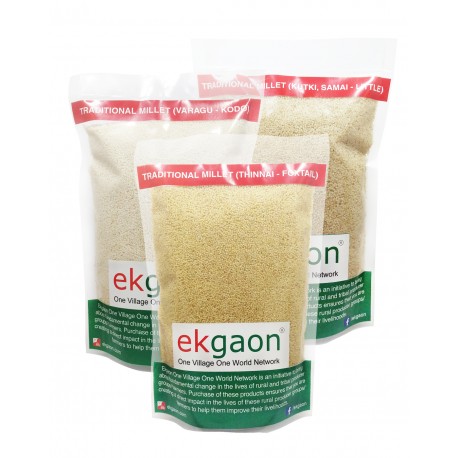 Kodo millet is a nutritious grain and a good substitute to rice or wheat. The grain is composed of 11% of protein. High in Nutrition which is good for children to grow. Kodo millets also contain high amounts of polyphenols, an antioxidant compound. Millets are rich in B vitamins, especially niacin, B6 and folic acid. Millets contain no gluten.